An imaginary line is drawn between the 2 characters, crossing their eye-line directly. The camera MUST stay on one side of the line - it cannot cross over. However, the camera can go anywhere on that side. If the camera crosses over, it will confuse the viewer, taking away from the film. 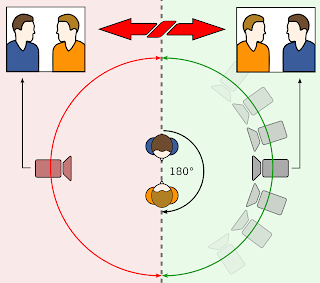 Exceptions: The rule can be broken if...

This is a technique which allows for continuity in a film. The action of the subject is recorded from one angle and when another angle is shown, their actions are continued as they would do in real life - the new shot matches the shot before it. For example, if the shot shows a person sitting down on a chair, the next shot must show that person sat on the chair. This makes sure that the action is continuous and that the story makes sense. Within a scene, no action can be done twice, and no action can be skipped. If this rule is broken, then it confuses the viewer, and makes the film look wrong. 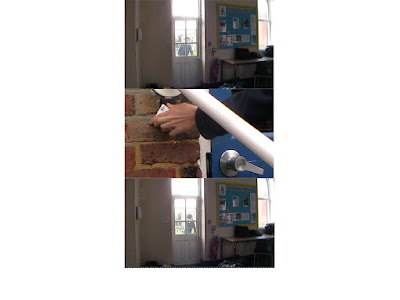 Exceptions: The rule can be broken if...

This technique is often used in conversations and when people are looking at things, and is another way of making sure a film has continuity and makes sense. the first shot of a shot reverse shot will show a person/object a character is looking at. A reverse angle shot is then used to show that character looking at the person/object. While doing this, the 180 degree rule must still be followed. 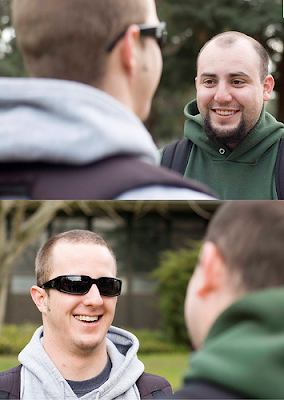